The new “Bramante” Institute of Higher Education was born as a place of study but also as a cultural, civil and social point of reference for the whole city of Macerata. The intervention was designed in relation  to the broad urban / territorial context in which it is inserted: the overall volume is fragmented, favoring the public space between the buildings and with the creation of a real square located between the School and the Gym which, conceived separate from the school, guarantees an autonomous use of the structure for citizenship. The school is divided into well-defined volumes inside: a continuous longitudinal space develops both on the ground floor and on the first floor and allows access to all the rooms that overlook it. The mixed wooden structure was designed to allow the development of a flexible modular idea that could be repeated within the building. The adaptation of the project to the site finds a declination also in elevation: the pitched roofs recall those typical of the place and the trend of the surrounding hills. The outermost cladding of the roofs is made with greenery which guarantees efficient thermal insulation and makes the new school complex mimetic with respect to the territory. 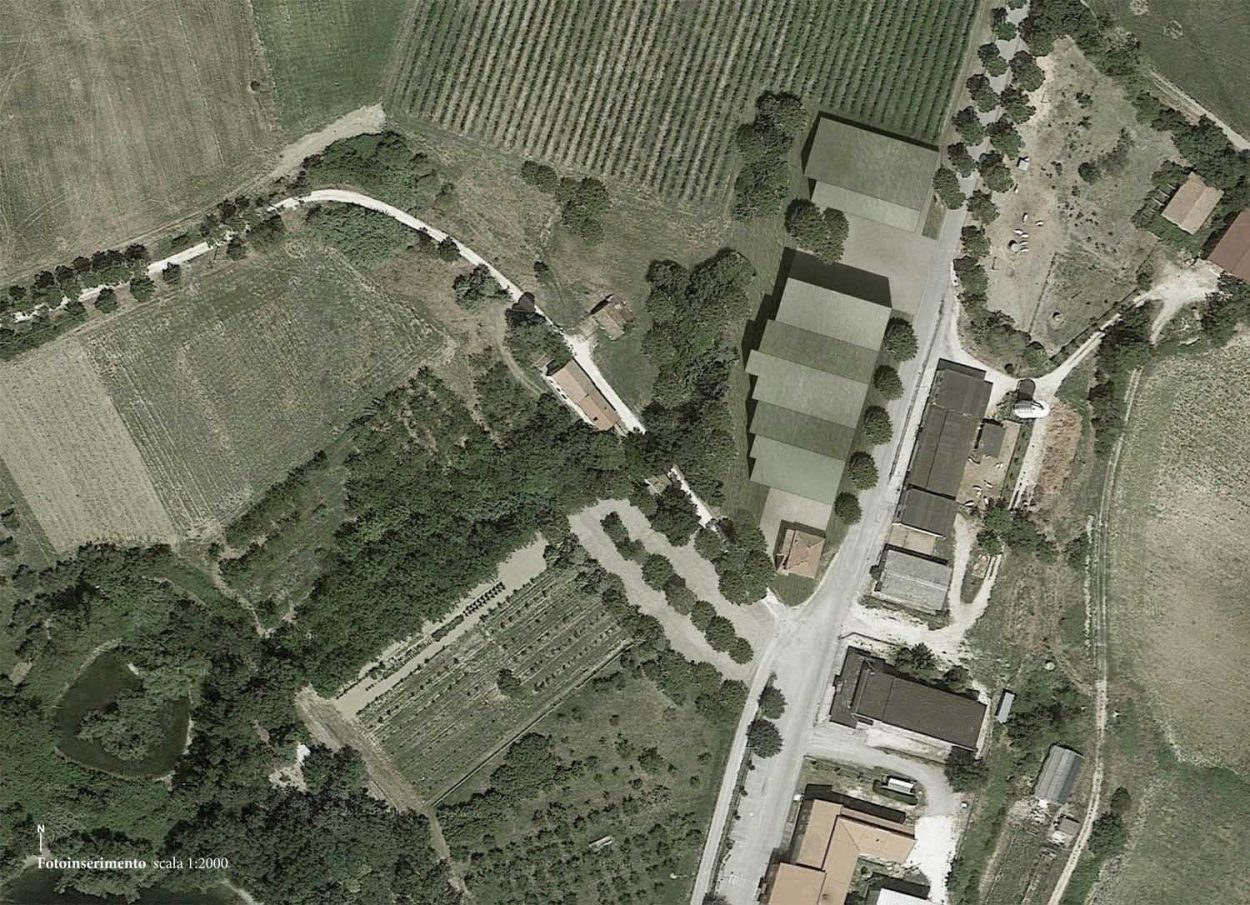 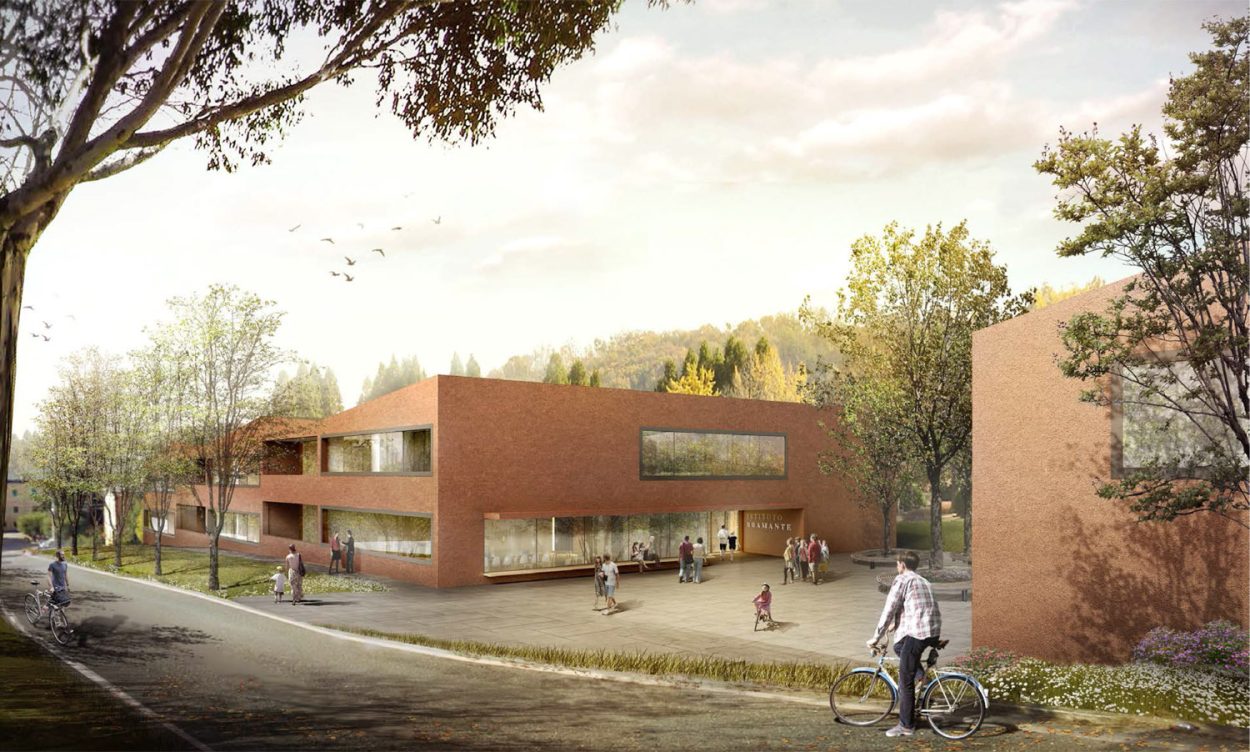 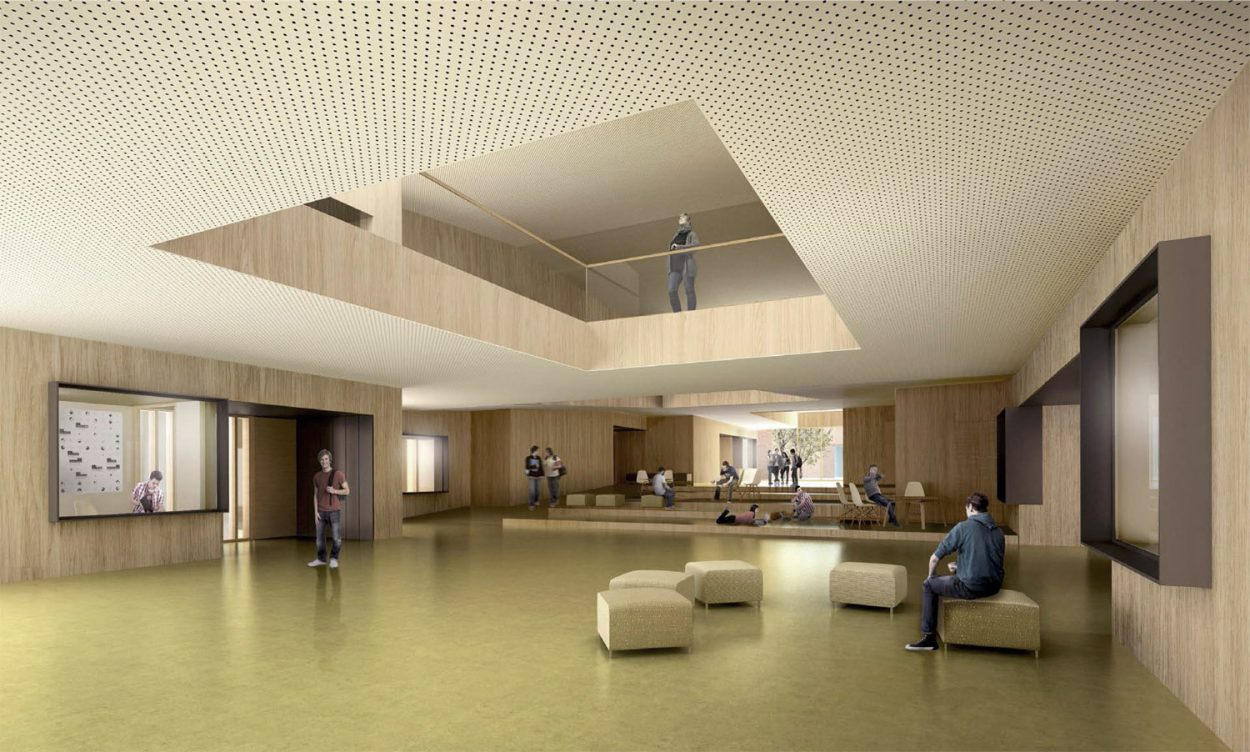 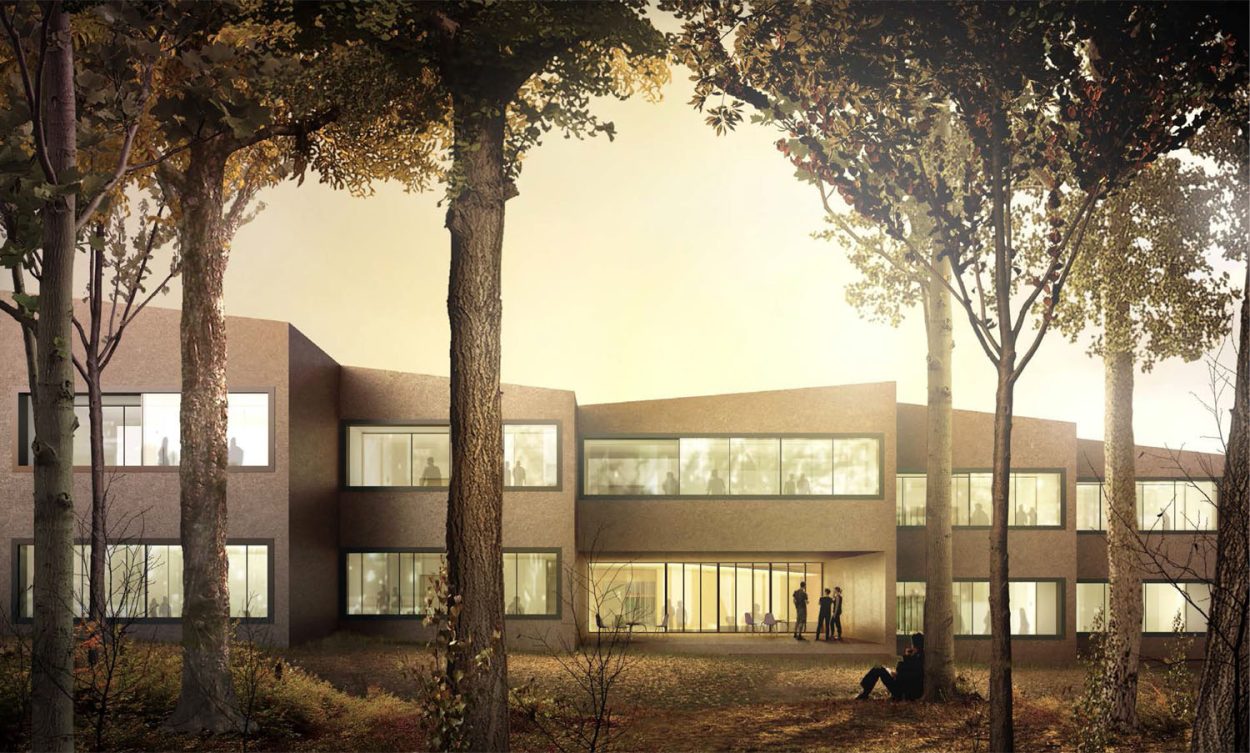 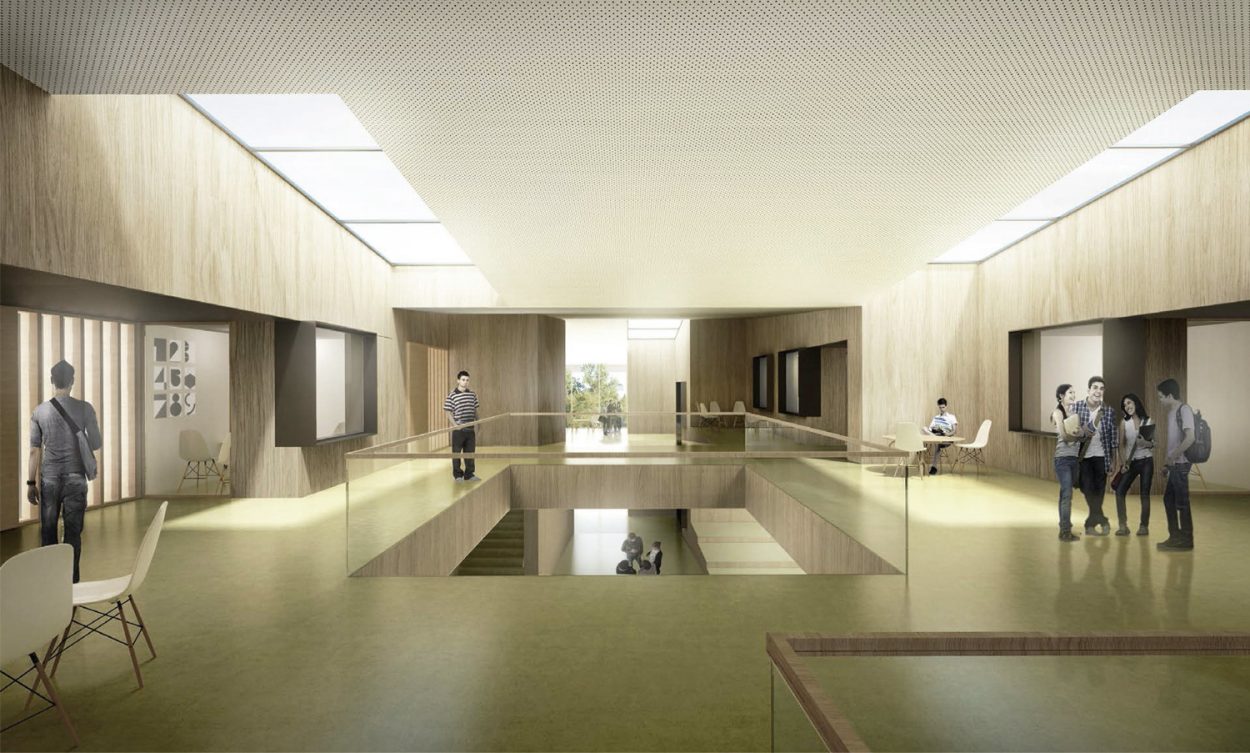